Although my blog is about Games (board games, video games, etc) I thought I’d spend a few moments to discuss the whirlwind of joy I’ve been sucked into for the past 2 weeks.

If you dont live on Mars (if do check out Terraforming Mars! ) 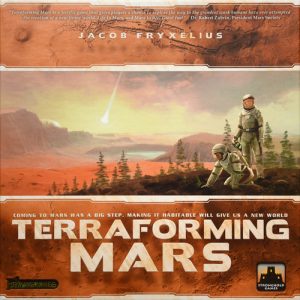 you probably watched or at least heard of the Super Bowl.  It’s the championship game of the NFL played by two teams who have won their respected conferences. My team in the NFL are the Philadelphia Eagles. I’m a Philadelphia sports fan. Have been since I was a kid. My friends joke and say this is Child Abuse. BUT NOT THIS YEAR!

Fighting through a rash of injuries, and behind backup quarterback Nick Foles, the Eagles were able to win the Super Bowl!

So, how does this stop me from posting blog posts? Well I’ve been watching the games! That is only half of the answer of course. The other half will be in my next post.

I also attended the Super Bowl victory parade in Philadelphia, which meant 8 hours of travel, but was totally worth it.

Ok, well thats all of this quick update. Next post on Tuesday will be about my basement, Dancon, Terraforming Mars, the Captain is dead, and Unstable Unicorns!