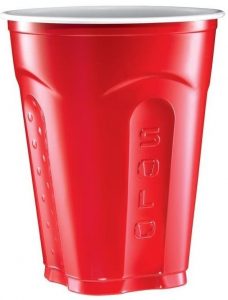 Living North of Wall I do not get a lot of opportunities to sit at the gaming table with my friends as much as I’d like. So outside of PC games and playing RPGs on Roll20 with my pals, i try to find table top board games that have a single player rules variants or can be played easily running multiple players.

A few games that I’ve picked up that have those options are things like Scythe,  Dresden Files co-op card game, Pandemic, The Captain is Dead, Terraforming Mars, Agricola, and more. And finally Gloomhaven. One of the biggest sellers for me on Gloomhaven was that it had a single player variant that Tom Vasel @ Dice Tower even states is just as good if not better then the multiplayer normal game.

Normally I prefer playing board games as a social outlet. I’m a bit of a social butterfly and really enjoy sitting around a table with a group of friends. I’m still a bit hesitant on playing with rando’s due to some bad experiences playing at a local game group, so i shy away from game clubs and cons and gaming at stores. Part of it is probably also because I’m generally bad at games. Board, Video, card, sports etc. I’m just bad at them. I’m not skilled at playing games, I generally just enjoy playing them. Sometimes I get lucky and win, sometimes i just know the rules better, or have played a game more then some other people so I can eek out a win, but if I’m playing against someone who is of comparable experience to me in a game imma lose. I’m usually ok with that. As long as I’m having fun, getting the chance to take my turn regularly and doing stuff I’m ok with losing a game.

Some people may say I’m lying.. but between you and me we’ll just leave it at that.

But back to gaming with people I don’t know. It’s probably silly and I’d probably have a great time, but it just doesn’t feel right. I have my 3 or so group of friends i game with from time to time, and it feels weird playing with people outside of them! I guess you could call me a monogamist gamer?

Many of the games I’ve listed above handle Solo play in different methods. Some of them have you reduce the difficulty in a few ways to make a single player play through possible. I’ve seen games where you might remove some cards, or play a specific board for solo play. There there are some that have you just play the game the same way as with multiple people but playing the different seats or players on your own.

For Gloomhaven the single player rules outline a few specific changes for solo play, that really just line up with increasing the scenario difficulty. In the multiplayer game everyone has a deck of cards that detail the moves or powers that the PCs can perform on their turn. Part of the challenge in many multiple player games is not knowing what each player will specifically do on their turn. This is down by not showing the cards in your hand with the other players. This adds in a bit of difficulty, and as I mentioned in another post, prevents Alpha Gamers from taking control of the game directing everyone’s turns/actions. Games with this specific mechanic are Pandemic, Dresden Files Co-Op and Gloomhaven just to name a few. Being able to see all the cards for the other players or PCs in the game makes it a bit easier as you can coordinate effects and actions with ease. With this in mind Gloomhaven has you increase the game difficulty one level for single player to balance out the difficulty a bit.

I’ve played the first 3 adventures in the Gloomhaven campaign solo with some mixed results. I actually played the first adventure 3 times so i could see the difference in difficulties. My first attempt was with 3 characters at the normal difficulty level. I quit about half way through the first adventure on that one as i found running 3 characters a bit daunting and confusing. Granted this was probably my 5th time playing ever, so with a bit more experience it might be a little easier in the future.

My second attempt at playing Gloomhaven solo was with 2 characters. I made a mistake here and setup the first adventure as If i was playing with 4 players and with a level increase of +1 (for a total of Difficulty Level 5). I realized my mistake about halfway through but wanted to see how it played out. I died in 4 turns from the 2 elite Guards in the first room. Oops.

So my Third attempt I had 2 characters and played on level 3. This was a good balance, if maybe still a smidge too easy. But i played through that and the next two sessions without a huge problem. Was a lot of fun and I cant wait to play again.

I also spent some time last weekend organizing the pieces into a better organization system. I followed the directions here: https://boardgamegeek.com/thread/1726878/yss-yet-another-storage-solution. It uses a few inexpensive Plano tackle boxes to organize all the small pieces, the monster standees, and the cards. Really makes it all alot easier to sort! I’ll get some pictures up in the artcile when I have a some time. I have to say I’ve been happy with the layout. I do miss the box container that it comes with as i really liked how it handled all the boxes and cards, but this system makes setup and breakdown a ton easier and less daunting to each play. Part of why i didn’t play the game more in the past was how intimidating getting everything out was before. I’m hoping it’ll be less of a chore in the future!

So thats the end of my post. Have you tried Gloomhaven single player? Let me know how it went!