Another successful Burning Dan is in the books.

For those of you not familiar, Burning Dan is an annual summer gaming event that takes place in Frostburg Maryland. It is invite only and really is just my family and few friends and their families, but we like to pretend it’s an exclusive Gaming Conference. Mostly it’s just an excuse to get together twice a year (the winter version is Dan Con) in Frostburg and play games and enjoy the company of good people. It started after I moved to Frostburg from Delaware and my friends were worried about me since i started counting the number of cars turning around in front of my house.

Now Burning Dan is a big event for me every year, so to celebrate this year I saved the unboxing and first play of the current #1 Game on Board Game Geeks Top board game list… Gloomhaven. 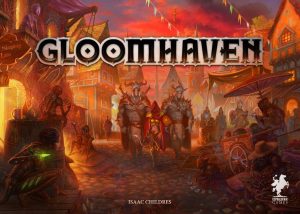 Now I had heard alot about Gloomhaven since it came out. We had made it a priority every year at Dancon/Burning Dan to play the previous #1 ranked game Pandemic Legacy the previous years, so when we saw that it was overthrown we were very interested in checking out Gloomhaven. There was only one problem. Okay, two actually.

$140 bucks for a board game! Woah! Thats a bit extreme! (I thought until actually opening the box. more on that to come)

Well thats an even bigger problem.

Gloomhaven was a kickstarter game that had a limited production run, during boths of it’s initial releases. This made finding the game on the primary market difficult.

You COULD find it on the secondary market (ebay, amazon resellers, etc.) but that led to even bigger problems!! 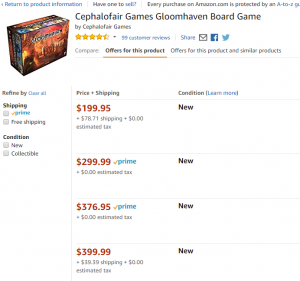 Up to 2 x the retail price on the secondary market!

So ultimately I went awhile before buying the game. In the meantime, I read everything i could about the game. I watched Tom Vasels Dice Tower review 3 or 4 times, and pined for it to be available again.

Finally a friend of mine notified me that the 3rd Production run of the game was about to happen and it SHOULD be available sometime in June. I asked my wife for it as a Fathers Day Gift and she relented. I placed my Pre-Order and waited.

It finally came in when I was out of town on vacation! I frantically called a friend in town and asked them to bring it in before it got ruined by rain or wild animals looking for a good board game to play. When I got back from the beach i saw this:

BUT I was scared to open it! so it sat on my table for the next few weeks, still in it’s shipping box, waiting for the right moment. Little did i know, my wife opened it while I was out of town… oh well. At least she didnt open the box itself!

Finally I had the nerve to unbox it during Burning Dan. We live streamed it on twitch for the world to see. I think we had 5 viewers. We then dove in and learned how to play.

Gloomhaven sure delivers. It’s like a GM less D&D campaign in a box. The rules are slick and easy to learn, as intimidating as they seem. The components are top rate and the miniatures are very detailed. Not an item exited the box that I wasn’t thrilled with. The monster and bad guy miniatures are card board figures, but that’s fine and not disappointing.

The mechanics are really neat and different. No Dice. “What?!” you are probably saying? I know right! Instead it uses a modifier deck for each character and bad guy to add some randomization. The action deck is really neat as well for the characters. Every character/class has a unique action deck of 2 actions they can take on each card. A Lot of variety there. It also adds a level of resource management that can be missed initially. when you are out of cards you are exhausted.  Leading to some interesting dilemmas as you “Lose” cards from your discard through out the game until you are out of cards!I f all of the characters run out of cards, you lose the scenario. You need to use the cards to move, fight, etc. Do you spend a few previous resource cards to gather the loot from the dropped bad guys? Or do you just try and finish the scenario! These are tough decisions we learned about the hard way.

A few negative things about the game to bring some balance to this post, like balance to the force. One is the number of players. Only 4 players max, which makes it tough to play at Burning Dan since there is often 8 – 10 people playing board games. Luckily this year the wives wanted to nap, Shasta just wanted to watch, and we had a few people who didn’t attend, allowing us to play a 4 player game guilt free. The number of players keeps the game as a challenge instead of just having a bunch of PCs to throw at the dungeon. It also keeps the game moving quickly with little downtime. The game says scenarios should take 30 minutes per player, and the dungeons do ramp difficulty based on the number of players through adding in more monsters or increasing the level of the monsters or their status (standard or elite).

One other negative is it is possible for a player to be knocked out early. My character was brought down to 0 hps in the first round of the 2nd battle in the 2nd scenario (first game played on our second time playing). The sad part is it was maybe  15 – 20 minutes in to our second playing of the game. So I was “exhausted” and could not be revived. Even worse the women folk had all just gone into the hot tub, and i didn’t want to be a creepier and be the only guy in the hot tub. I tried to watch the Union/Onion Snakes play vs the Portland Timbers, but they were getting smoked… so i fell asleep on the couch instead.

Finally one of the really cool things about Gloomhaven is the scenario/legacy play. The game IS a legacy game. You place stickers on the board, rip cards up and write on the game board with a sharpie. As the designer of the game Isaac Childres says: ” You’re already writing on your board. Embrace it.”. Truth Bomb Issac. I loved the feel of the world evolving and changing around you as you play. Road and City events give the world a broader feel then just the adventures in the scenario book. And the random dungeon card adds alot of replay value outside of the scenarios.

Those negatives aside I think I have to agree with the hype. Gloomhaven might be the best board game I’ve ever played. It scratches all the right itches for a d&d esque game without a GM. Lets you have character advancement in table top fashion, something you can pull off the shelf and play quickly and rules that don’t confound or befuddle you 4 beers in.

So Gloomhaven is a bit complex. And you CAN easily lose the scenario if you are not paying close attention to your cards and whats going on. Losing the scenario means you all lose! And it’s not fun to ruin everyone else’s fun because your cards are blurry from that 2nd DFH 120 Minute IPA.

So with that I’d have to say you need to stick to some low ABV drinks. Something like a Seaquench or a All Day IPA. Jake likes his PBRs and Fred his Natty Bo. 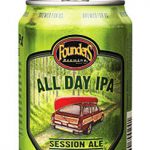 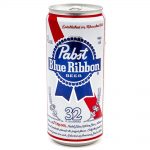 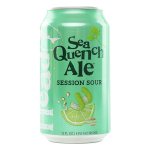 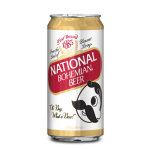